Booshra is a self-taught artist. Born in Casablanca in 1974, she grew up in Belgium, where her parents introduced her to painting when she was a small child. It is in this medium she always works. Rooted in two cultures, Booshra spent her childhood between the nuns who ran her catholic school and the mosque.

A liminal figure on the periphery of culture haunts her African portraits. The amalgamation of culture is apparent in the portraiture with which her style has become synonymous. Booshra’s Humanism is informed by her observation of cultural Misanthropy. Witnessing the social and religious conditioning has forced her to investigate the notion of Culture and Identity and the strong connection we as humans retain to primitive, or arguably wordless cultures.
“How do these people exist, cut off from our so-called advanced civilization, from our societal programming, our ‘indispensable’ technology? What lies at the bottom of their hearts, their souls? Are they content? Are they happy?”

She packs her brushes, and she sets off on a journey of discovery that will take her to Asia, Africa and Oceania. In these (isolated) backwaters, she experiments with new techniques while developing her unique and iconic style. Working with local ingredients and natural pigments, she creates organic textures, which she lays on whatever support she can acquire in the vicinity.

The magic in ritual and connection to nature reveals a wealth of spiritualism lost on the Modern man. The profound connection these cultures have towards the earth and its life-forces celebrates the magic and mystery of the Unspoken. The moment just before though becomes word and the infinity of possibility is timelessly preserved.

While on her travels, her work remains relatively small. When she finally puts an end to these journeys, her paintings take on monumental dimensions. Almost as if she needed to further broaden her horizon. The narrative is no longer stifled by size but embraces space, as well as colour, to depict these timeless portraits. This shift coincides with the appearance of her first large scale Prussian and Cobalt blue African portraits.

Throughout her monumental paintings, Booshra expresses her deep fascination with the human condition. She explores two main subjects: the gaze of human being, and the vast beauty of imperfection. She works on scars and scarifications. Jumping between the tribal and the modern, she contemplates the very humanness and the beauty of fallibility that we all experience as human. There is a contemplative almost philosophical aura about her portraits. They seem to be capturing the silence before any words are spoken. When something is spoken in words, it formalises and concretises the multitude of thought-chaos that remains in the few moment before the words are spoken. This limbic stillness seems to be on the lips of her subjects as they struggle to formulate and manifest in words the chaos and ambiguity of thought. Her aim is to convey the ancestral bond that ties us all together, the emotions that are spoken by and revealed through the eyes. The artist’s monumental portraits are etched in layers of texture and 3D sculpture. They stare back at you staring at their tribal souls and modern scars.

Her aim is to convey the ancestral bond that ties us all together, the emotions that are spoken by and revealed through the eyes. “The universal truth of our shared origin(s) cannot remain hidden. There is no shying away from our underlying wisdom or savagery. There is no denial.” 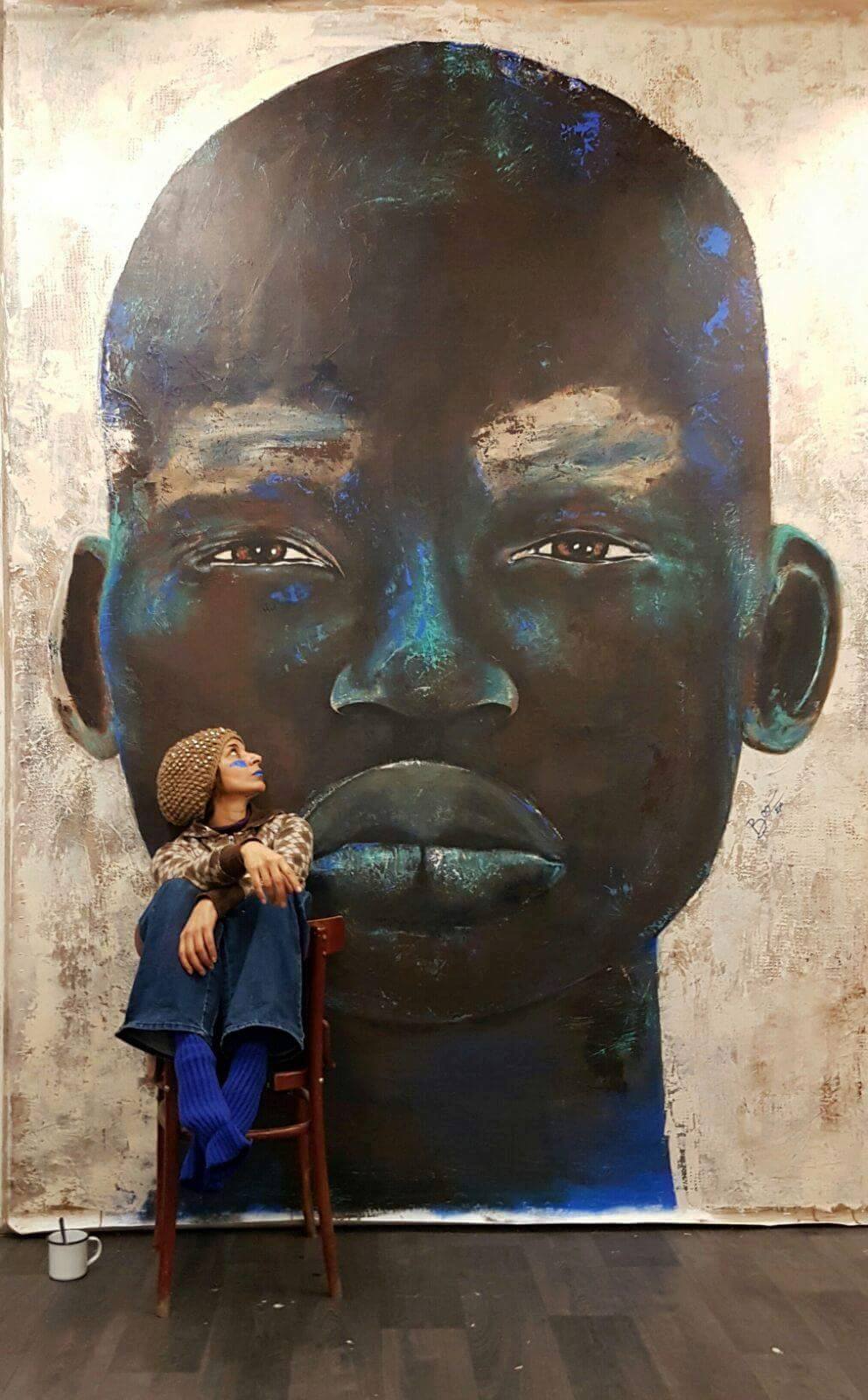 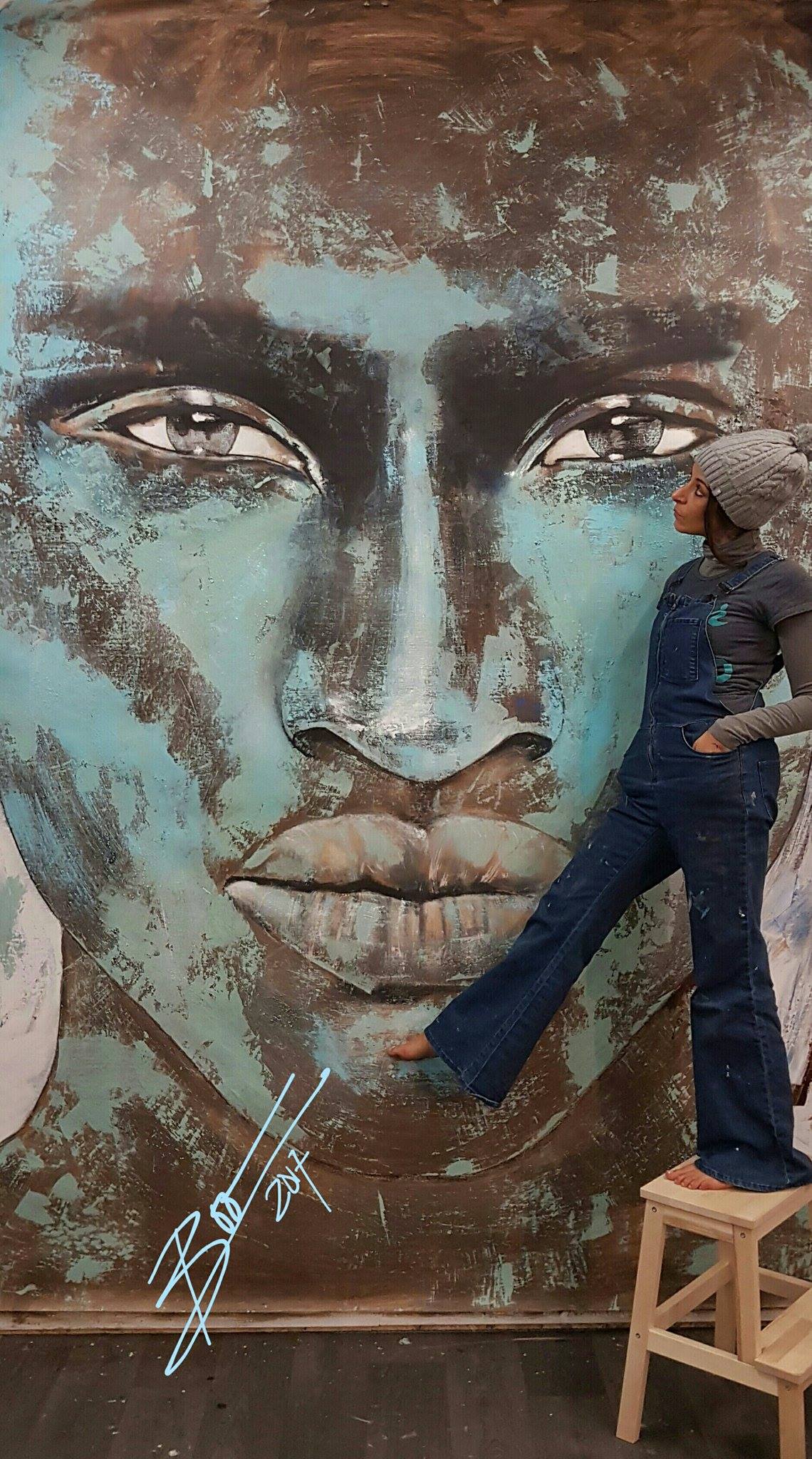 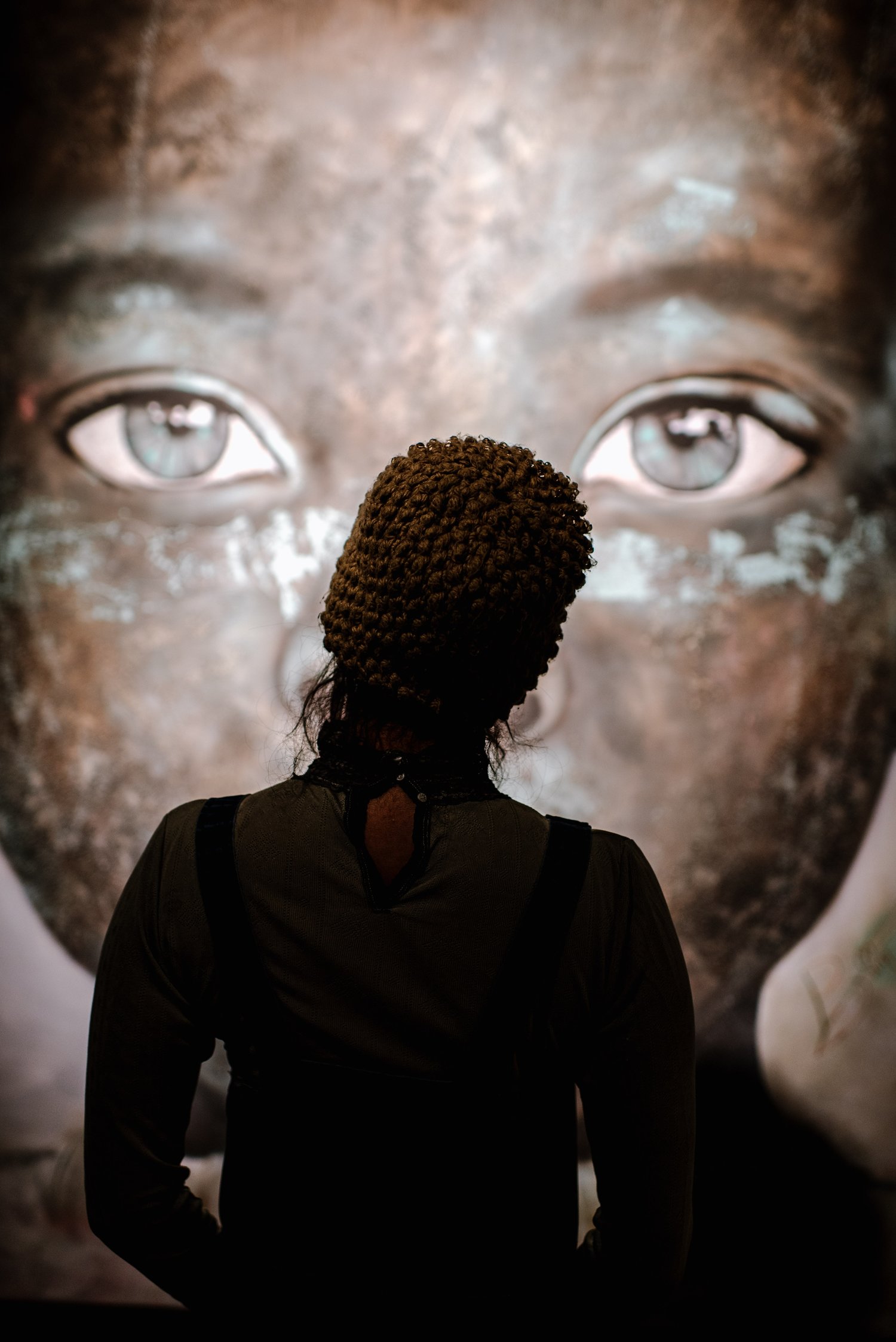 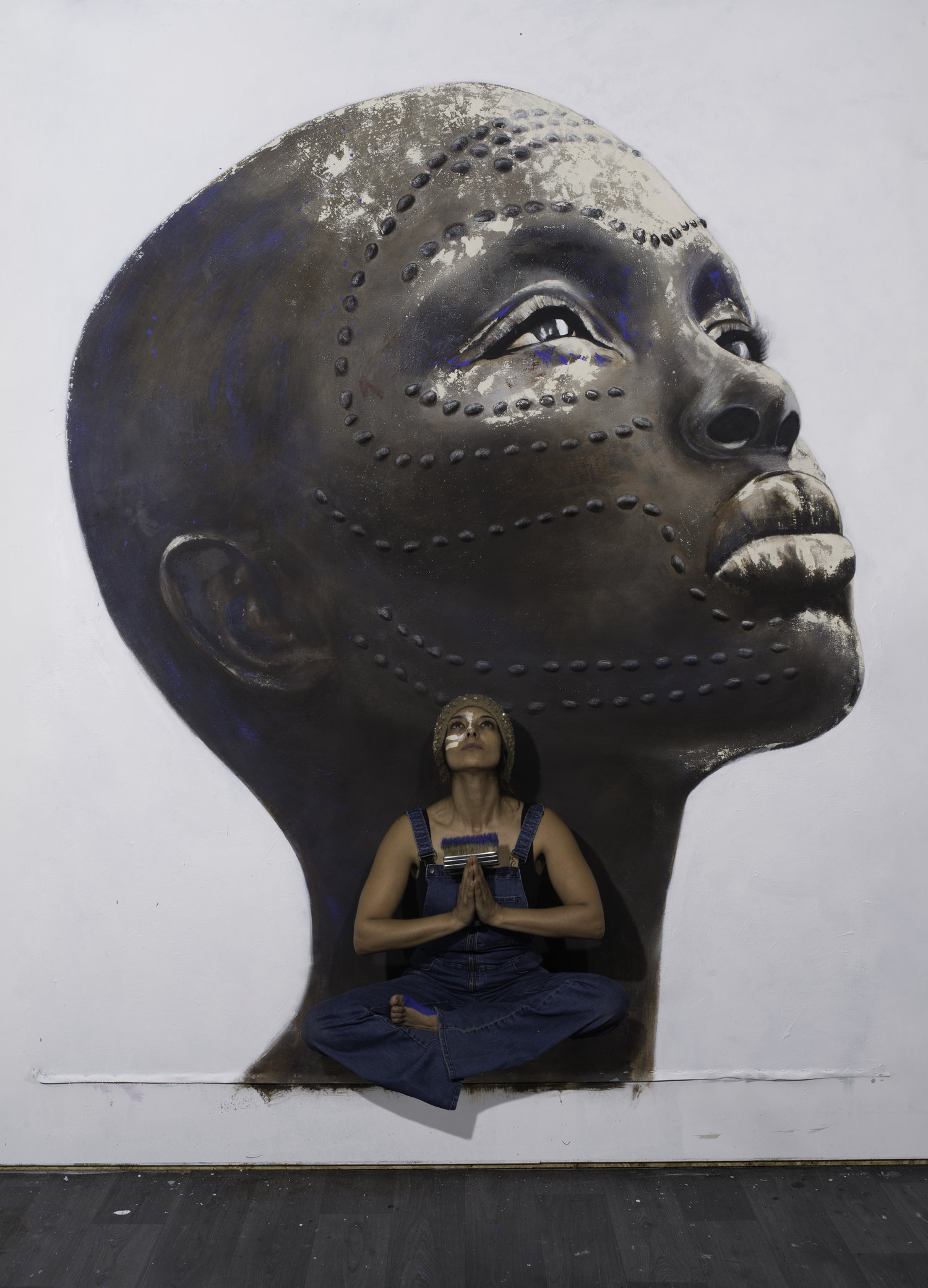